Yokohama ATSX 1000: A Track For Glory, Made of Ice and Sweat

Unseasonably warm temperatures could not prevent Yokohama from staging the first ever Ice Cross race in Asia, 14 months ago and fans were not disappointed with the action. Now it’s time for a second edition, this Saturday in Rinko Park, which will benefit from previous experiences in Japan and elsewhere. 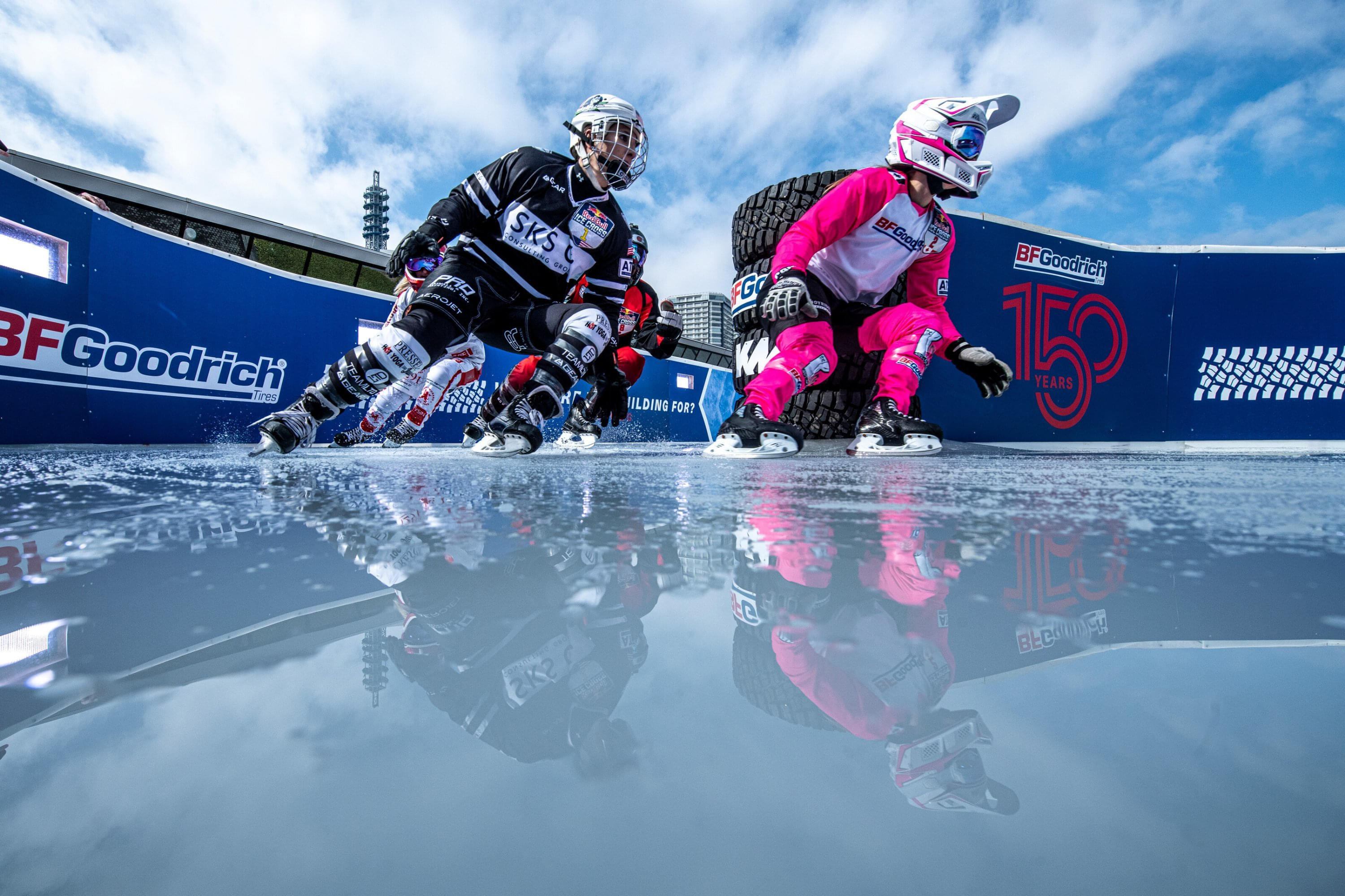 Legere and Trunzo are mirrored on the track as they tackle the BF Goodrich Toughness & Traction corner. © Mihai Stetcu / Red Bull Content Pool

The figures are simple: the track for the first ATSX 1000 race of the year is still 350-m long, same as last year, with a total elevation of 22 meters, the equivalent to 7 floors of the hotel nearby, with impressive views of Tokyo Bay and Yokohama Bridge in the background. But the devil is in the detail and athletes are more interested in the surface of the track, its design, its obstacles.

A few changes have been made, for the better. The BF Goodrich Toughness & Traction, coming after the starting drop and the Reiwa Booster, is now a 150° left turn (instead of 180°), “which should allow for a better flow and less carnage, it was really tight last year, so riders had to hit the brakes”, says Reed Whiting, the former US rider turned tv expert.

This is the first critical portion of the track, followed by a right 90° turn (Samurai Corner) conditioning the speed for both Yokohama Rollers (instead of three last year). Then riders will have to keep their speed along the Subaru Ice Road in order to negotiate the last two rollers perfectly, by jumping them or absorbing them, only meters from the finish line. “This will be the other crucial portion”, Whiting stresses, “we had lots of surprises last time after the Sunset Bridge”. 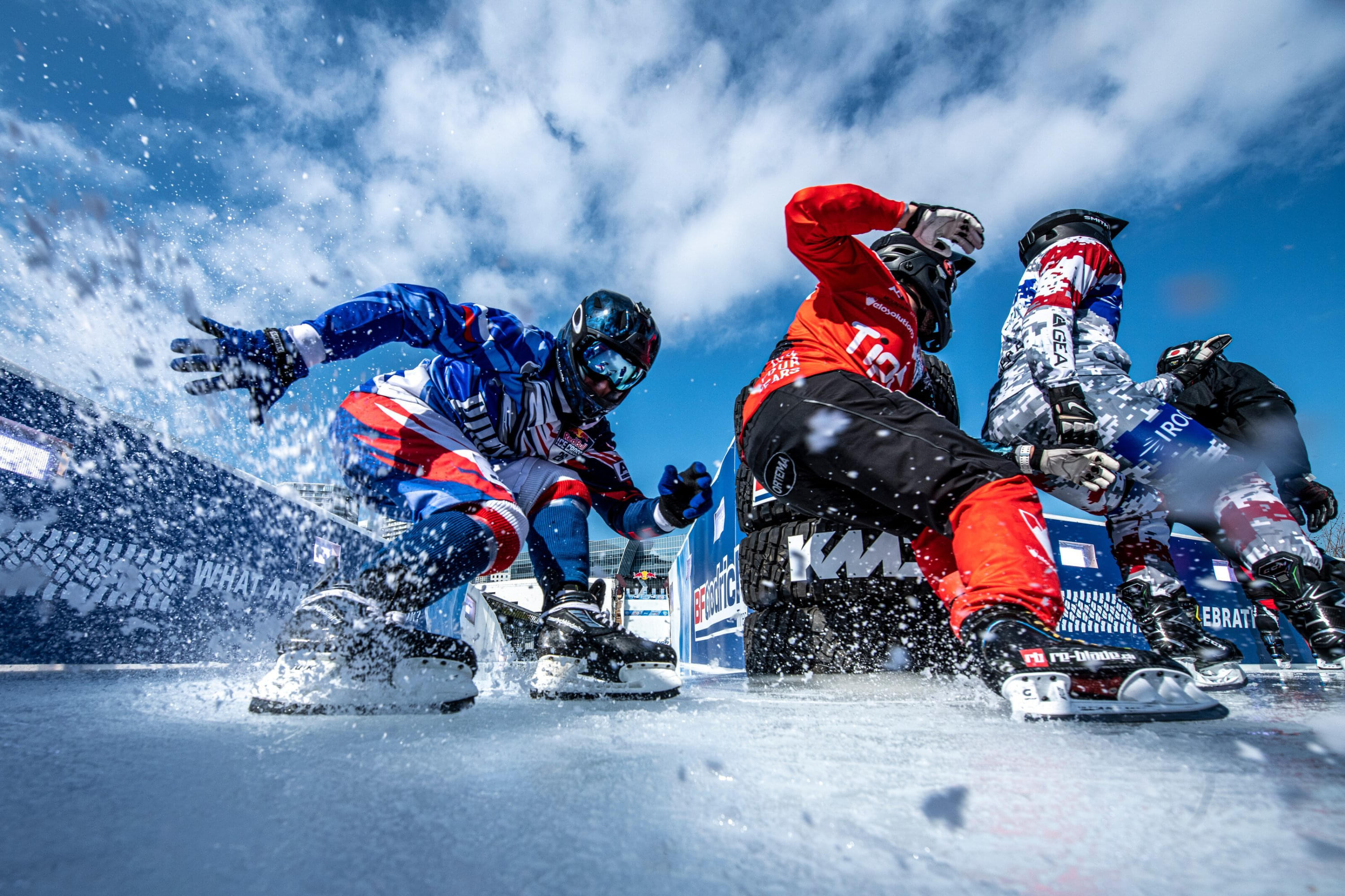 Fans can expect a lot of action on this corner. © Mihai Stetcu / Red Bull Content Pool

The 2018 edition, in December, was saved by ice blocks coming from the Yokohama fish market. This one should be OK as well, because all precautions have been made: “We covered the track when it was sunny, earlier this week, and now it’s cloudy and raining a little, which allows us to produce a bit more ice with the cooling system”, explains Pierre, a French worker of the 10-men building team.

In about two weeks, the cooling pipes, 700 meters of plastic walls, bumps and rollers were set up, as well as the start and finish areas. A lot of work and sweat to create a 10 to 14 cm layer of perfect ice, with a special bonus. Because of the warm weather, the team used a purpose-built machine where 25 tons of ice blocks were portioned, on the spot, to fit into small bags carried to the track.

“It is a very technical track, but not as difficult as the one in Boston last year, in Fenway Park”, according to Valentin Dufour and Kevin Sciboz, two Swiss riders with huge experience. “It’s awesome, it looks better than last year, there will be more flow”, reckons Robin Worling, the British skater based in Ottawa. “I am impressed”, adds Barbie Keck. “The ice is a bit soft, because of the sun and rain, but it looks perfect”, says Guillaume Libert, one of the best Juniors around.

It is definitely a steep and fast track, where “the ability to keep the speed through all the obstacles, and to compound these bits of speed all the way to the last section” will make a difference, Reed Whiting adds. Be them former hockey players or figure skaters, roller in-line champions or short track experts, there is a portion of the Yokohama track for them. But the most complete athlete will win, a strong and skilful rider, because it is the essence of modern Ice Cross. 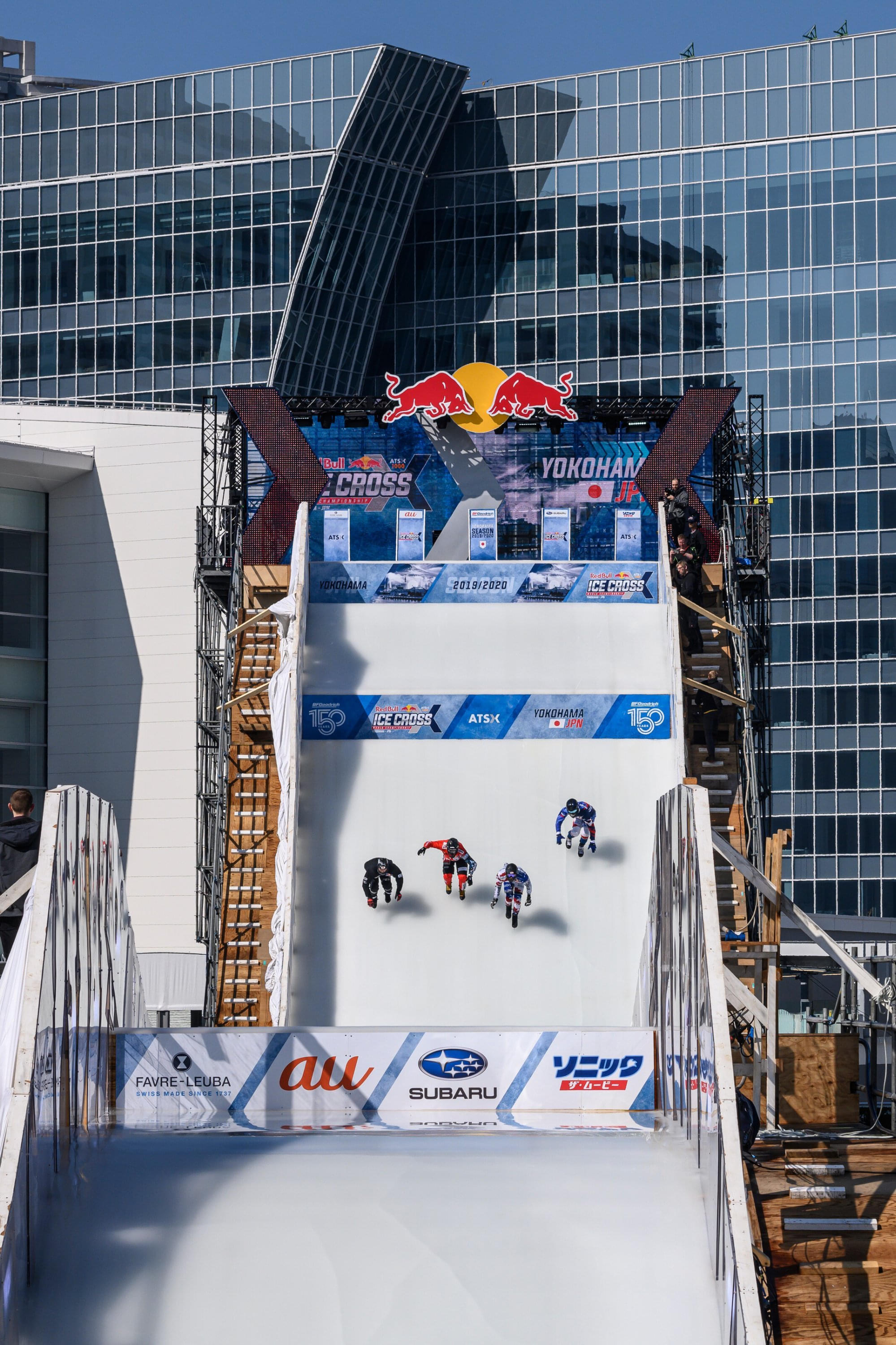