Three-time world champion Cameron Naasz is returning to the US this week, fresh off a victory in Pra-Loup (Southern French Alps) last Saturday, for the one and only American stop in Mont du Lac, Wisconsin on the calendar of the Red Bull Ice Cross World Championship. 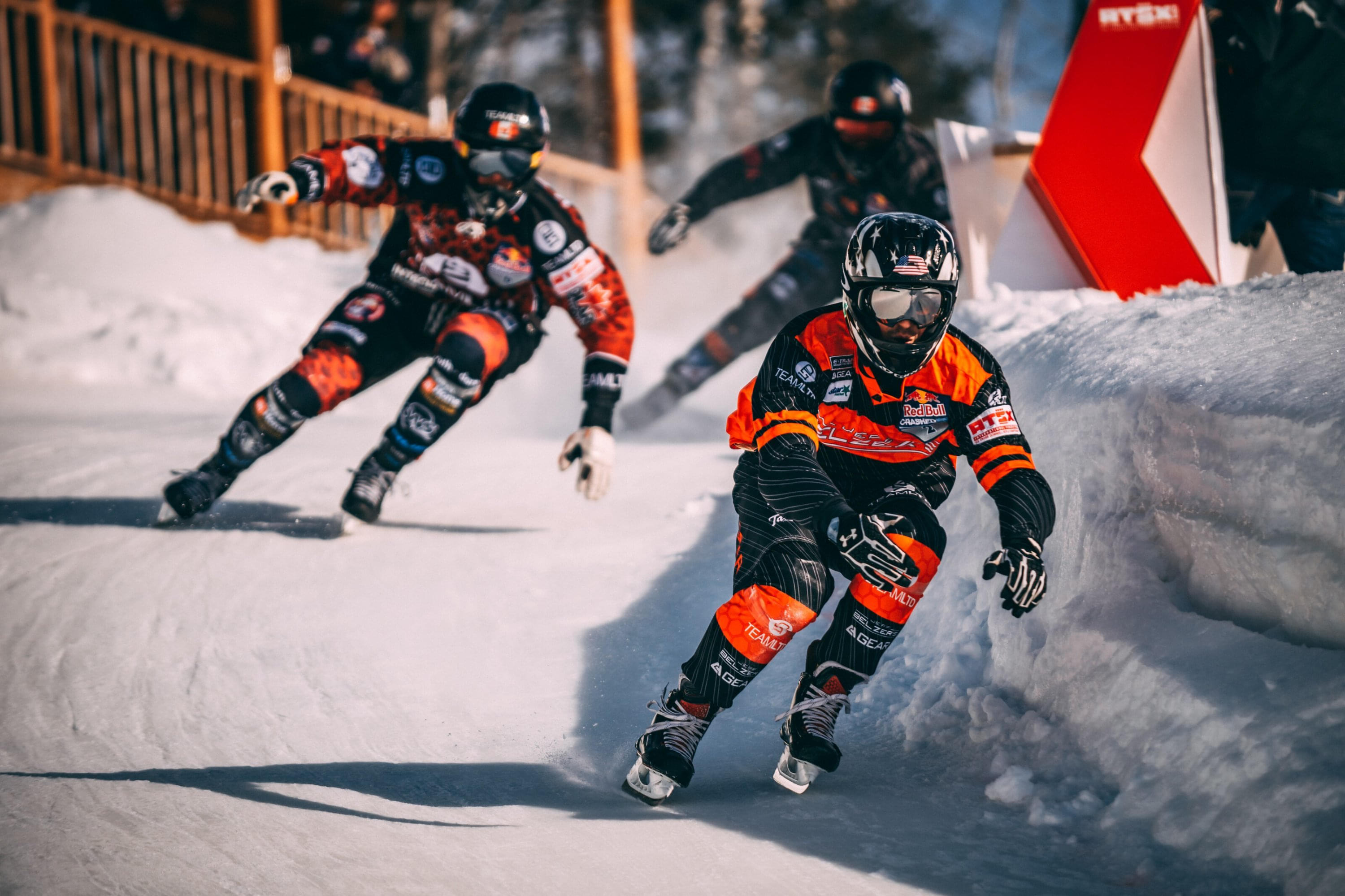 On the women’s side, Anaïs Morand was dominant in Austria but beaten by Jacqueline Legere in France, while reigning champion Amanda Trunzo took the 450 points for 2nd place twice in a row. Now positions are tighter than ever at the top of the world rankings before the third race this Saturday for another exciting ATSX 500 event. 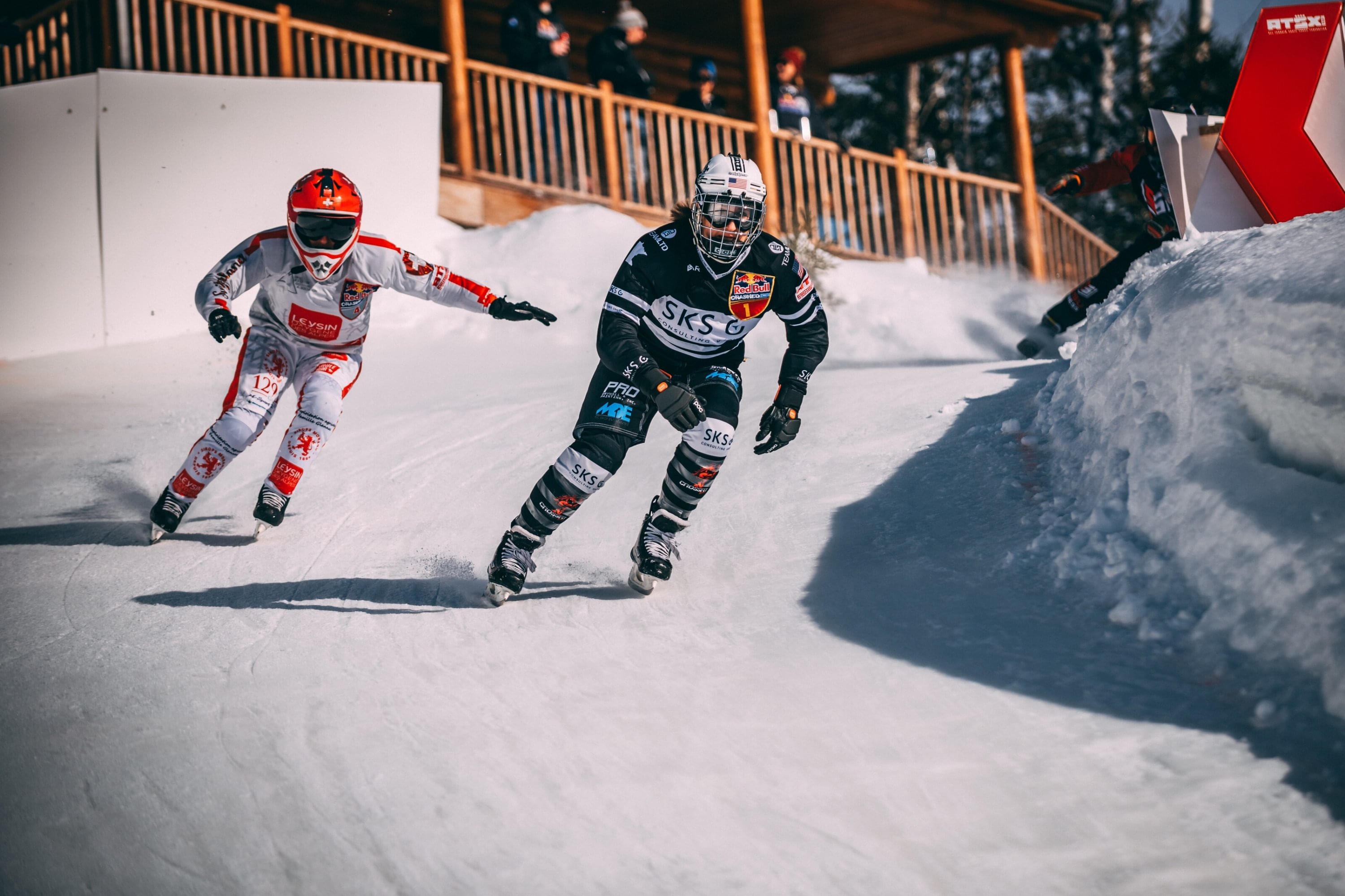 Naasz and Trunzo will be the home favourites looking to repeat their victories from last year on the familiar Mont-du-Lac ice en route to another world title. However, their numerous rivals are ready to battle, including the emerging Russian contingent of riders, a growing force in global Ice Cross, whose ambassadors in the US will be Dmytriy Murlychkin and Egor Tutarikov.

On the entry list packed with North-American riders, one cannot help but notice that former World Champion Kyle Croxall (Canada) will be making his return to the Ice Cross circuit after missing Judenburg and Pra-Loup, as will US rising star Jojo Velasquez, the 2019 Junior World Champion, in the Men category. 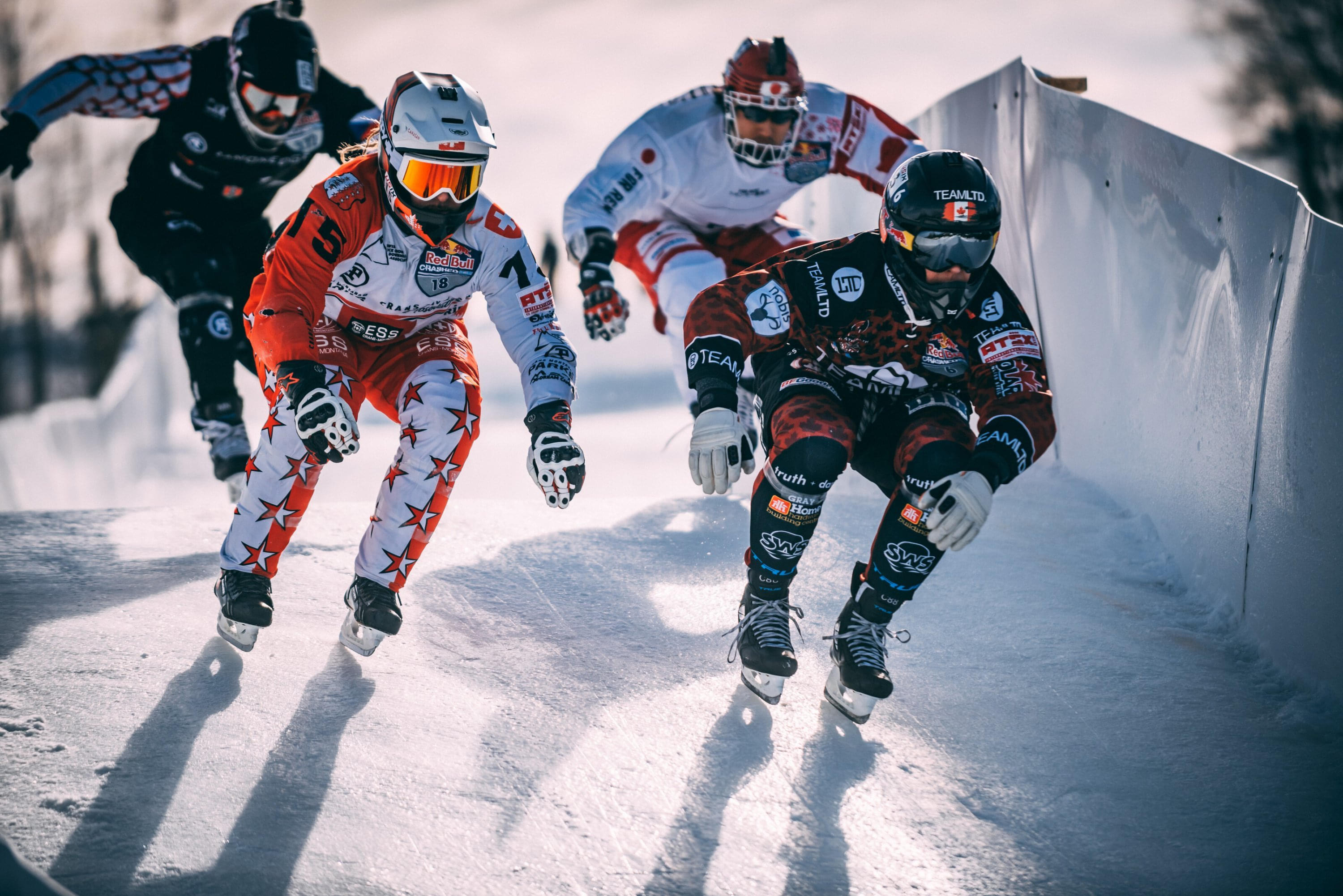 As seen in Pra-Loup the weather plays a big role where ice is the key element for the sport. Due to warm temperatures in France last weekend, melted parts of the track had to be covered with Plexiglas which turned out to be a perfect solution. The temperatures in Russia at the moment are even warmer – leading to the race in Igora needing to be rescheduled to February 22. 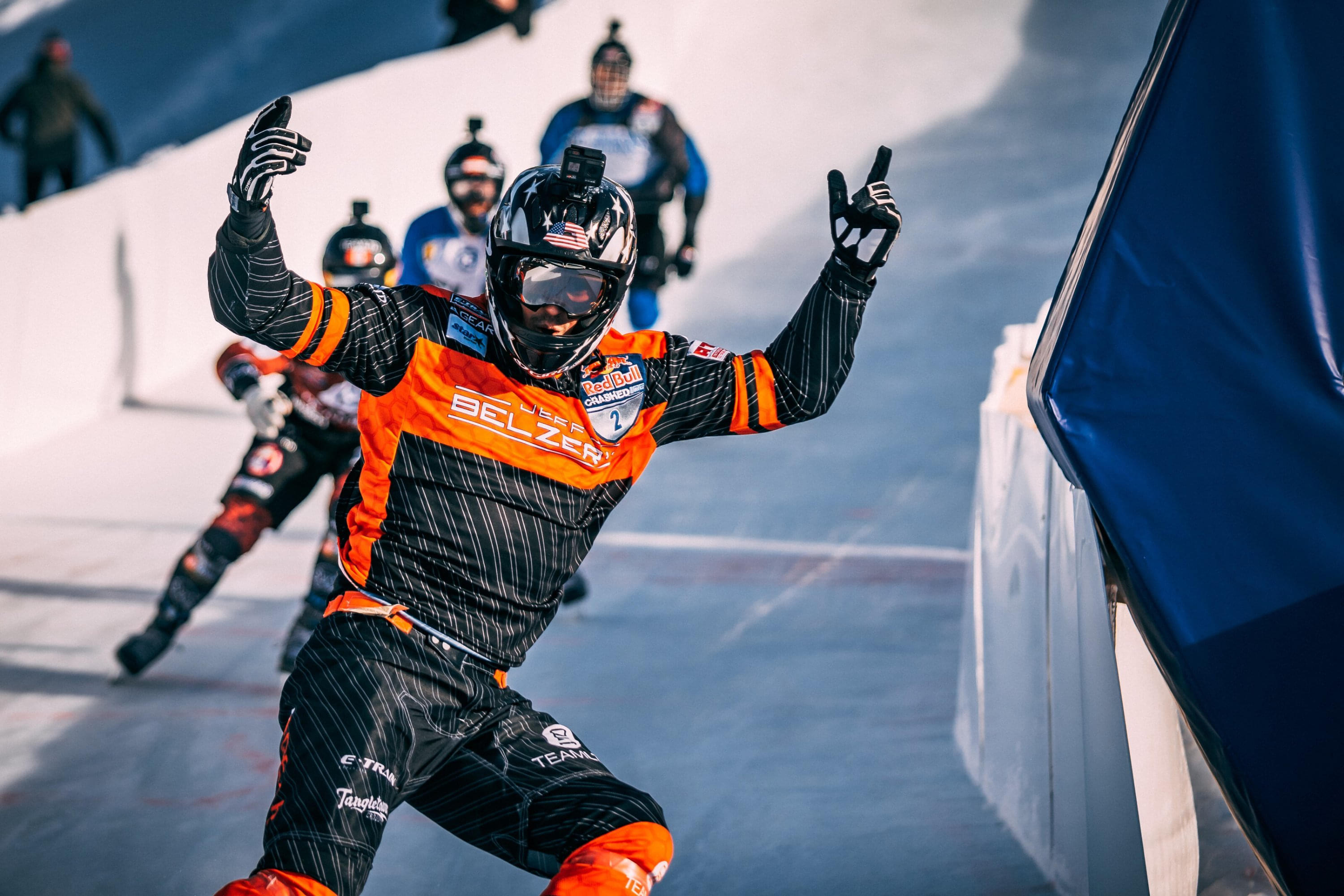 In Ice Cross races, fearless skaters hurtle down courses of up to 700 meters in length, filled with obstacles such as bumps, turns, hairpins and waves. The ice can be natural, in ski resorts, or artificial, at city centre locations. Riders go 4-at-a-time, at speeds of up to 80 km/h. The fastest two advance to the next round until there is a 4-rider final, in each category (Men, Women, Junior).

Depending on the difficulty of the track and the amount of World Championship/Ranking points available for the athletes, race weekends are labelled ATSX 250, 500 or 1000. Over the past two decades, 1,000 athletes from 51 countries and 5 continents have taken part in races that have become so popular that they draw enormous and enthusiastic crowds. 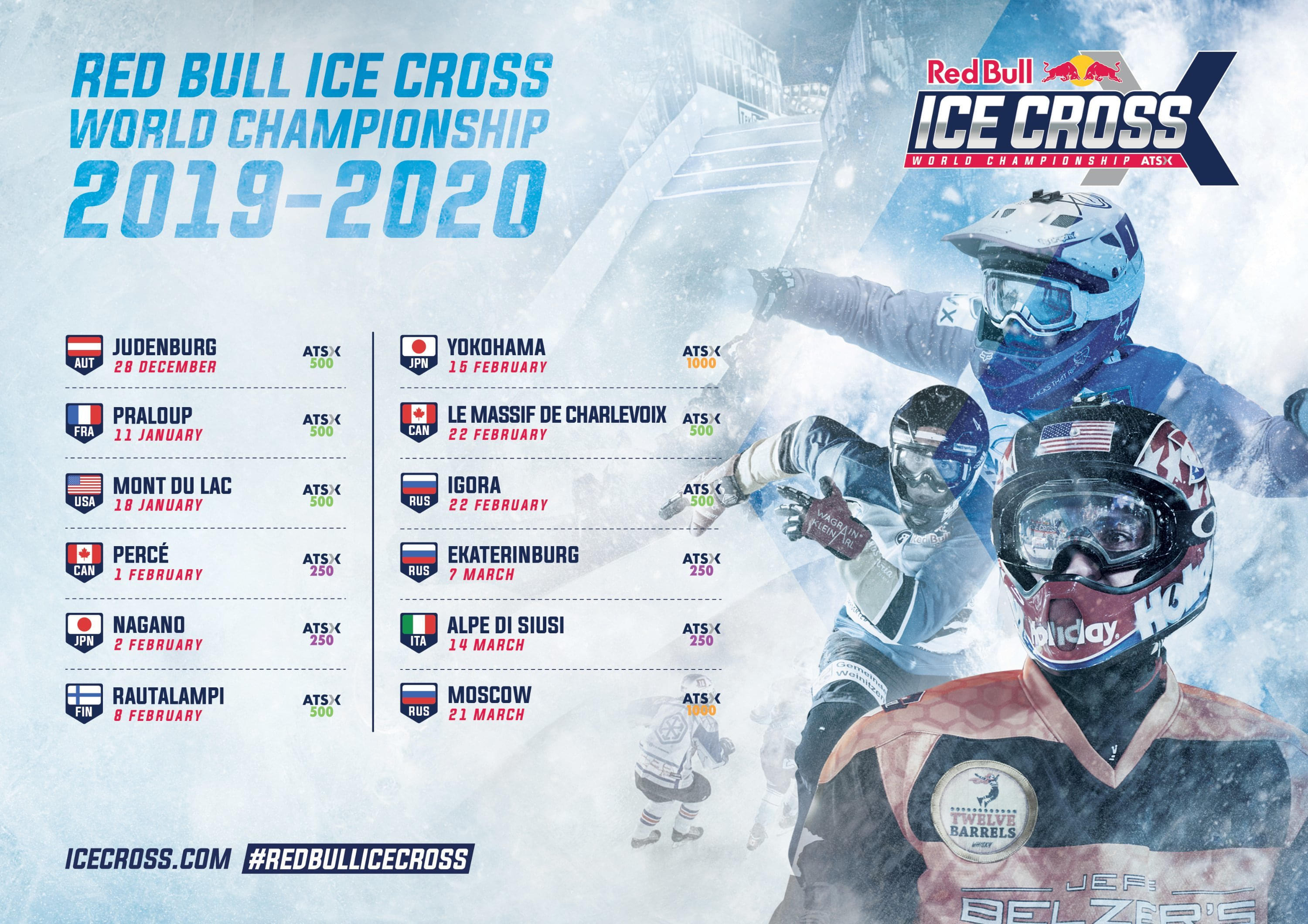 For more pictures and videos available for download and free for editorial use, visit www.redbullicecrossnewsroom.com.