Velasquez Emerges From a Blizzard to Defeat Nakari

Reigning Junior World Champion Jo-Jo Velasquez (USA) has won his second race this year, ahead of Finland’s junior sensation Leevi Nakari. The win was redemption for Velasquez following the final in Yokohama last week, where he was disqualified. 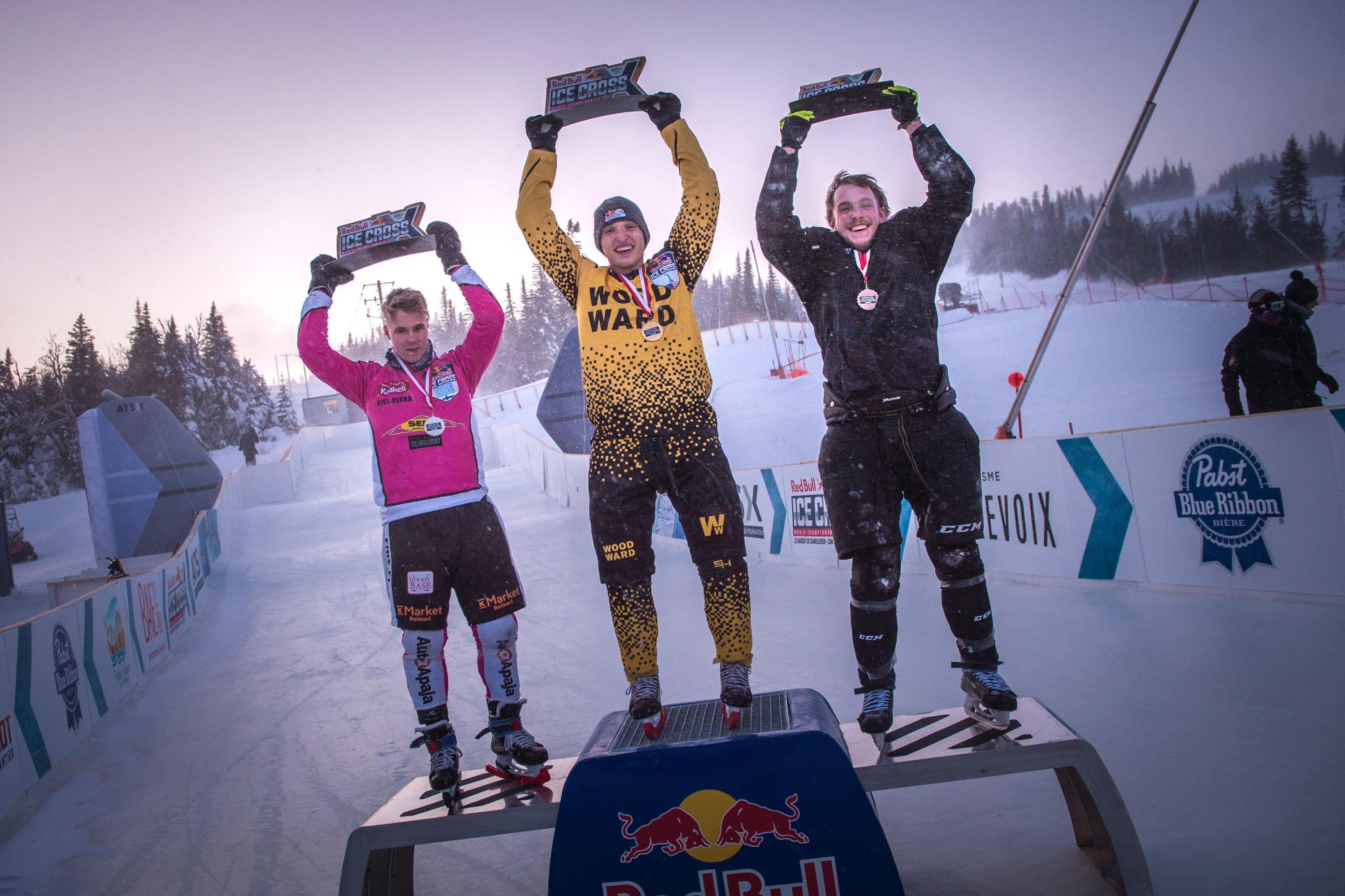 The weather in Le Massif de Charlevoix deteriorated throughout the day with gusty winds of increasing strength. The ice was literally cracking on the surface of the track due to the cold temperature (around -25°C), meaning only highly skilled riders would be able to master the conditions. “The track was so fast, you didn’t know whether you were going to fall, or when”, Velasquez smiled after the fifth win of his Ice Cross career, the second success this season after winning in Mont-du-Lac in January.

“I was too far behind”, said second-placed Leevi Nakari (FIN) after a valiant comeback over the last 100 meters of the race. Nakari attempted to pass Velasquez with a daring move on the inside of the last corner before the rollers near the finish line. The last step on the podium went to a Quebec local, Mikael Legare, a 20-year old with absolutely no Ice Cross racing experience.

“I’ve played hockey and practiced downhill skiing for several years, so I thought it was great to combine the two sports, and I loved my experience! I was able to compete against the best skaters in the world in front of my friends and family. The other competitors were very strong, and since the ice was really rough today because of the cold, I had to outdo myself," said Mikael. 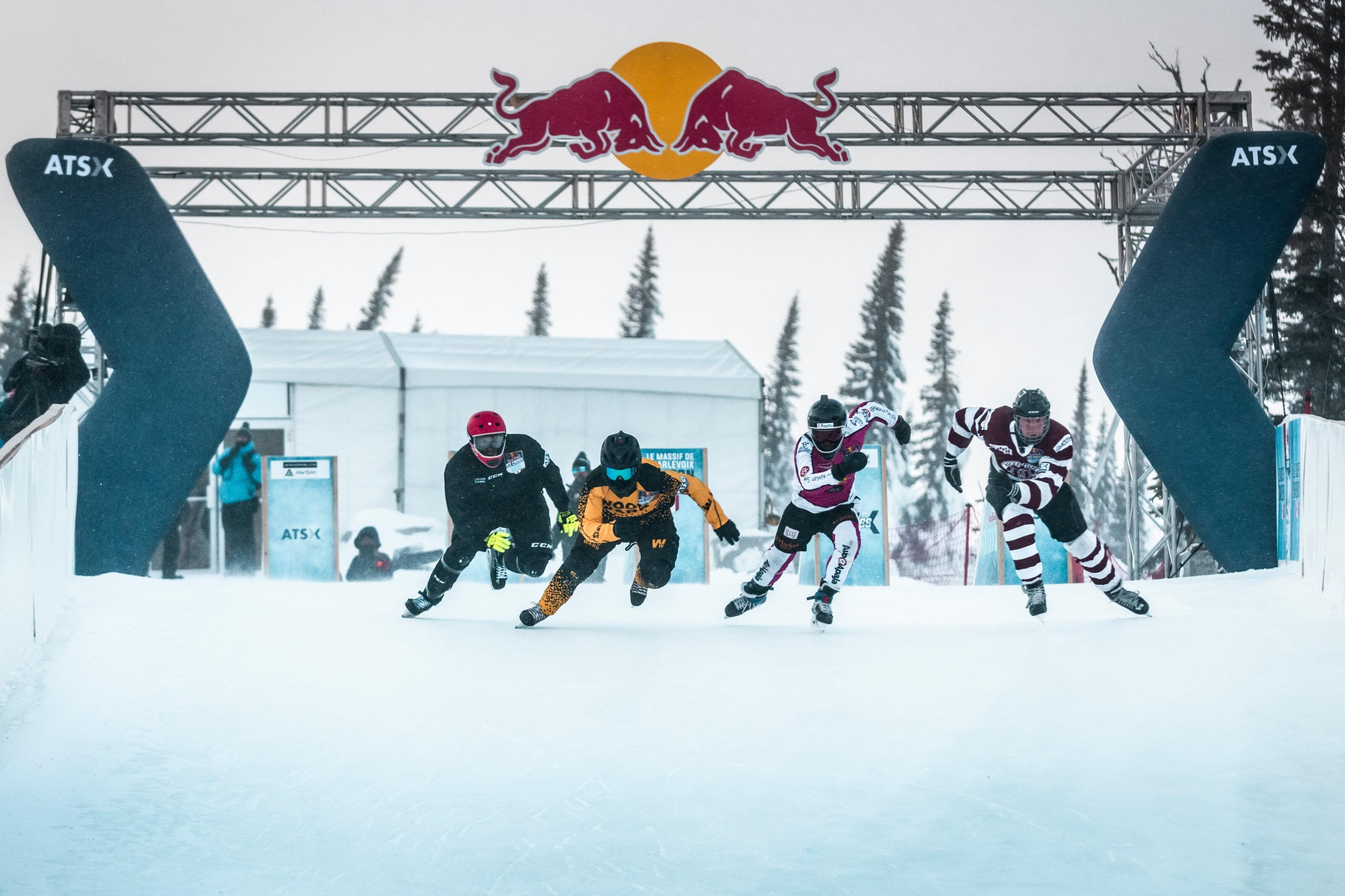 Velasquez sprung out of the gate and held on to win the final. © Bogdan Kosanovic / Red Bull Content Pool

In the absence of Arthur Richalet-Chaudeur (FRA) and Egor Tutarikov (RUS), Velasquez and Nakari eventually made the best of the intense conditions by avoiding mistakes. They have now set the stage for a promising duel for the World Championship title over the next three races, two of which will be contested in Russia (the ATSX 500 race in Igora,  and the grand finale: the ATSX 1000 race at Patriot Park in Moscow). 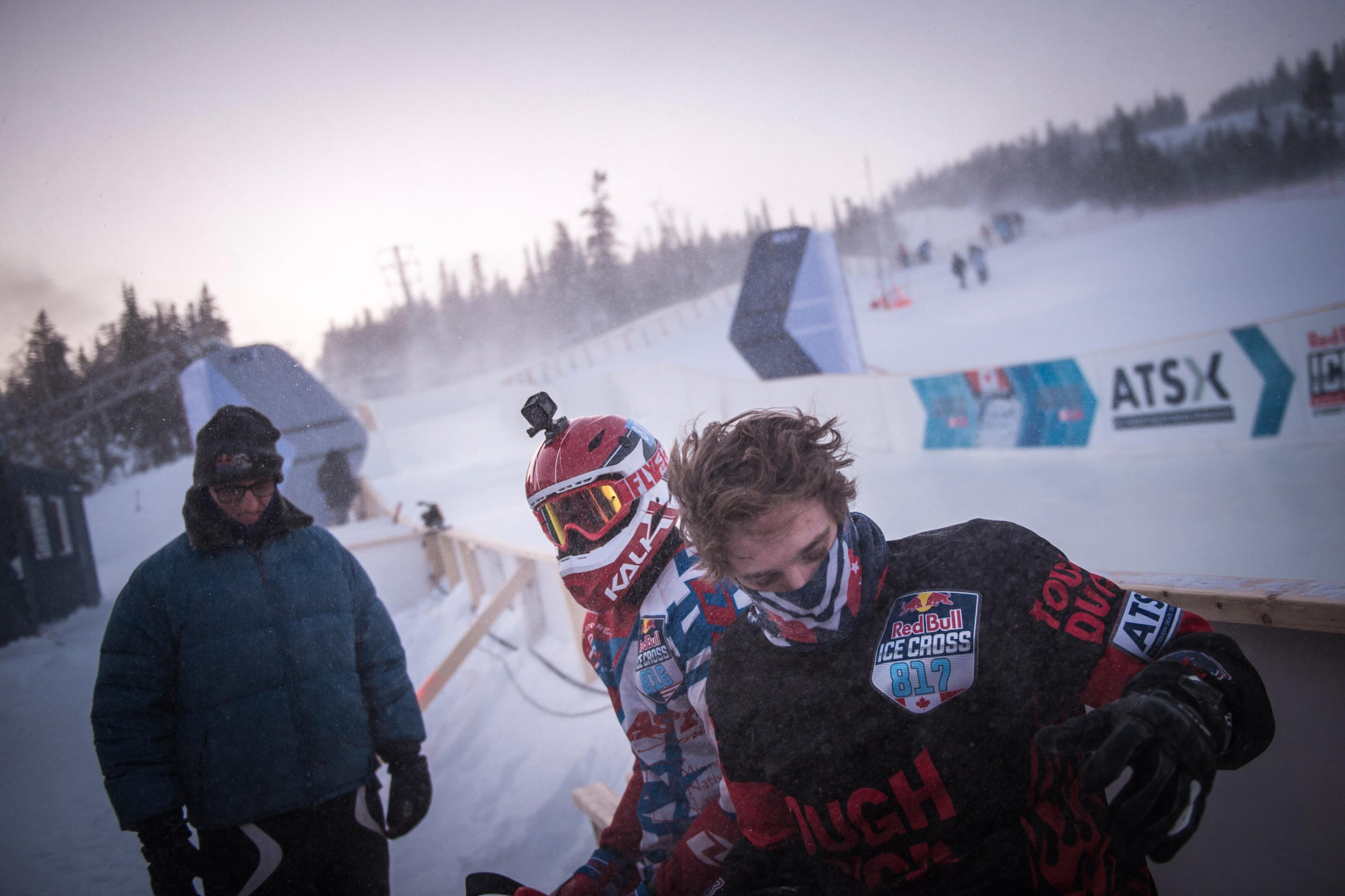 Le Massif de Charlevoix should see slightly improved weather conditions on Saturday. The race for the World Championship title will also be the topic of the day in both Mens and Womens categories. The Time Trials earlier today provided us with a good indication of what may happen on the very fast track designed by Sports Director Chris Papillon: Marco and Luca Dallago posted the two fastest times but only nine hundredths of a second separated the pair. Local Canadian hero Kyle Croxall was third fastest while the current World Championship points leader Cameron Naasz (USA) could only manage to clock the seventh fastest time of the day.

In the Womens competition, six very talented riders will line up amongst a strong field of riders to battle for only four places in the final: Anaïs Morand (SUI), Amanda Trunzo (USA), Maxie Plante (CAN), Jacqueline Legere (CAN), Justine Zonne (LAT) and Veronika Windisch (AUT). It should be a race to remember, and not just for the extreme weather conditions!

Watch the Best Action from the Juniors Competition: