Austrian Luca Dallago eventually won his first race this winter, on Saturday in Igora, ahead of Jim de Paoli (SUI) and Leevi Nakari (FIN). He will definitely be one of the three contenders for the world title on March 21 in Moscow, against Cameron Naasz (USA) and Kyle Croxall (CAN). Swiss skater Anaïs Morand won the Ladies final, ahead of Justine Zonne, and French sensation Arthur Richalet-Chaudeur beat Russian hopeful Egor Tutarikov to take the laurels in Juniors. 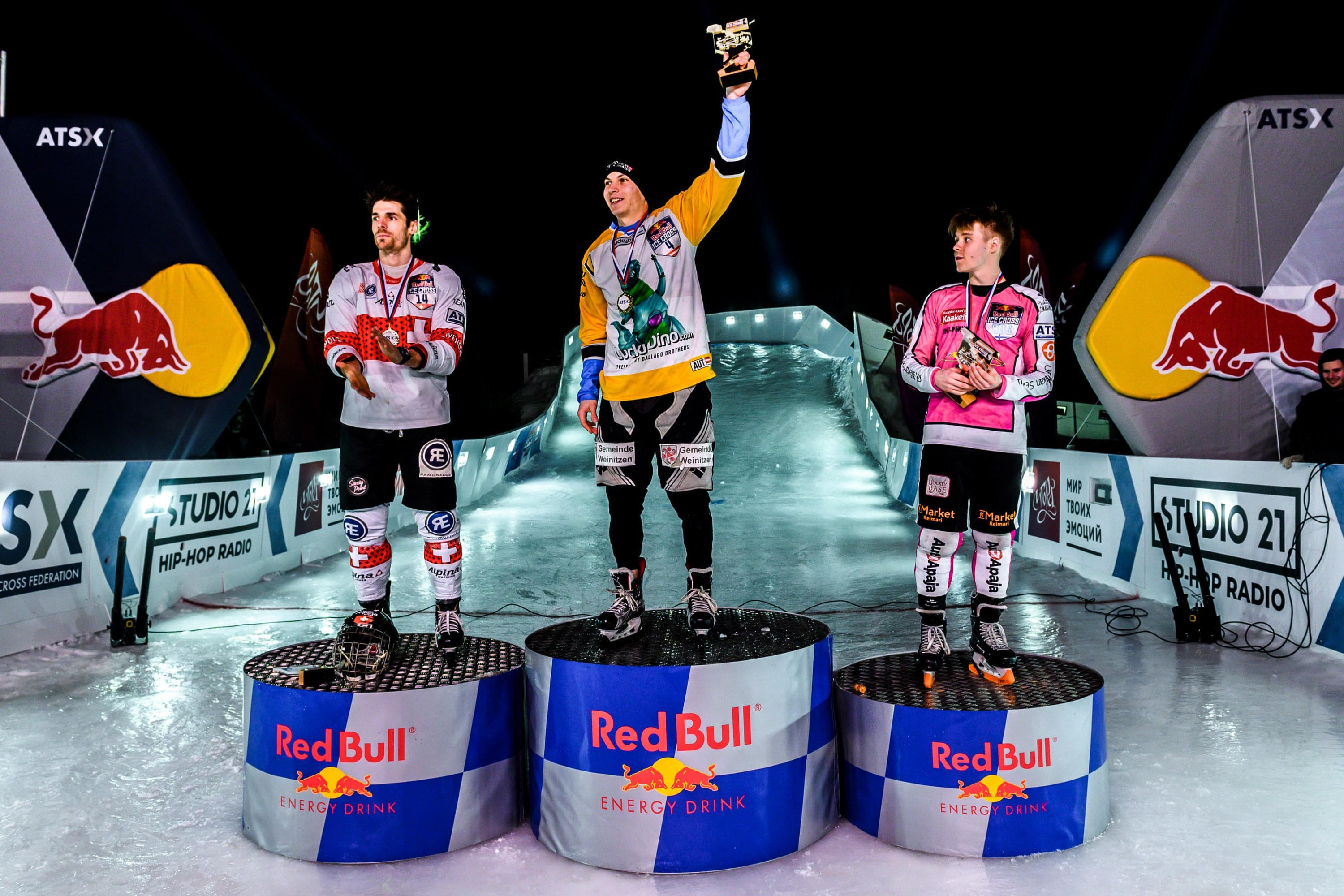 As a consequence of this well-deserved fifth win of his Ice Cross career, Luca will still have a mathematical chance for the title in Moscow, under a treble condition: he needs to win again and hope that Naasz and Croxall, the co-leaders with 2,550 points, don’t make it to the semi-finals. His brother Marco will not be a factor because although he already won twice this winter he made a small mistake with great consequences after jumping in the lead of this final in Igora and had to be content with fourth place. 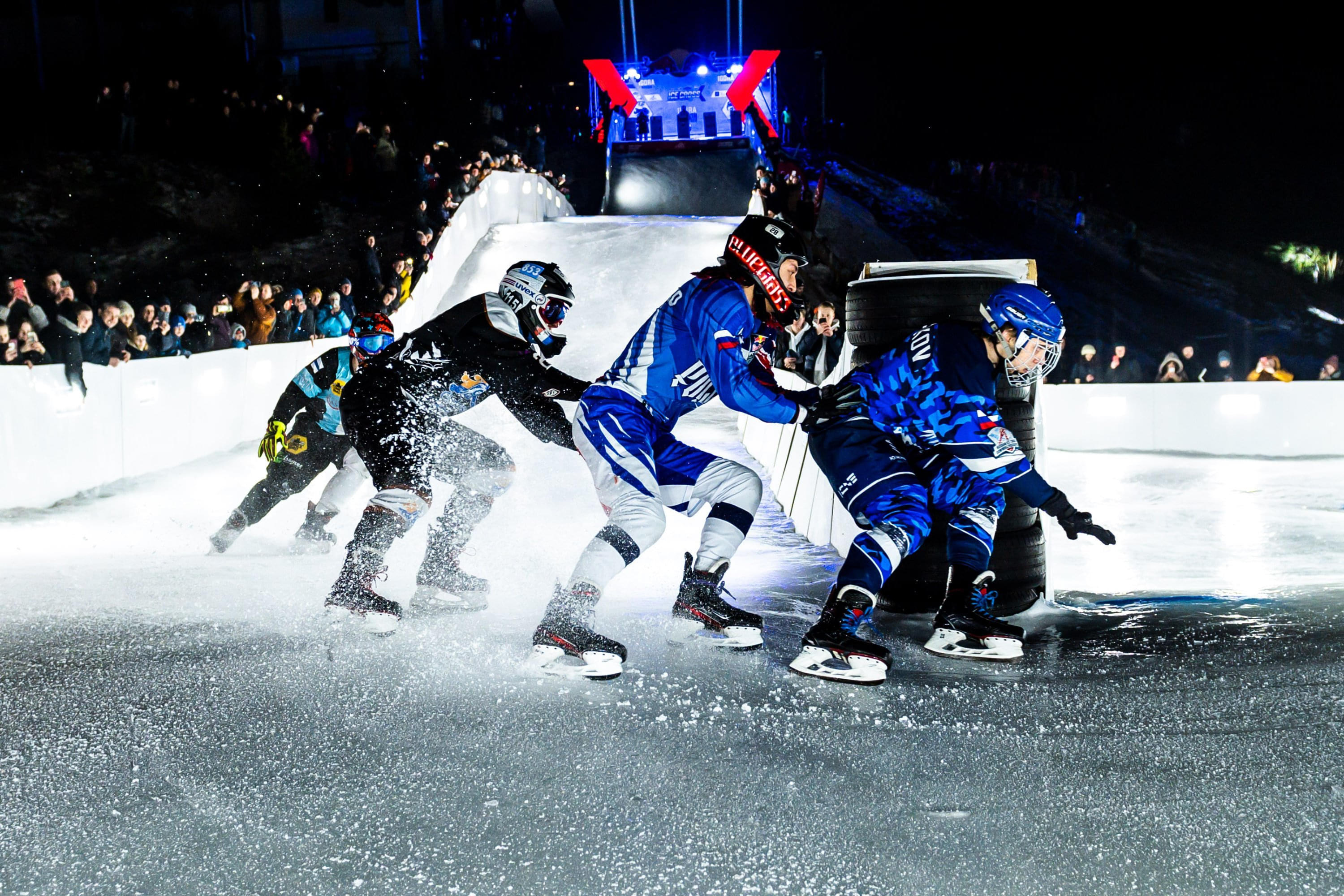 De Paoli, the 32-year-old veteran from Switzerland, could have won this one as well, but he stumbled when leading, in the last portion of the track, which immediately benefitted Luca: the most talented and hard-working rider on the circuit could not believe his luck, three weeks after a race incident which cost him a probable win at Yokohama ATSX 1000. And Nakari, eliminated in the Juniors semi-final (8th), climbed on the podium for the first time in the Men category.

The Women’s final was also led by an Austrian rider, former speed skater Veronika Windisch, but she also made a small mistake when leading, on this very demanding track, and Morand jumped on the occasion to win for the second time this winter, after Judenburg in December. She finished ahead of Latvian revelation Justine Zonne and will also be aiming for a world title in Moscow against arch-rivals Amanda Trunzo and Jacqueline Legere, who passed on this Russian rehearsal in Igora. 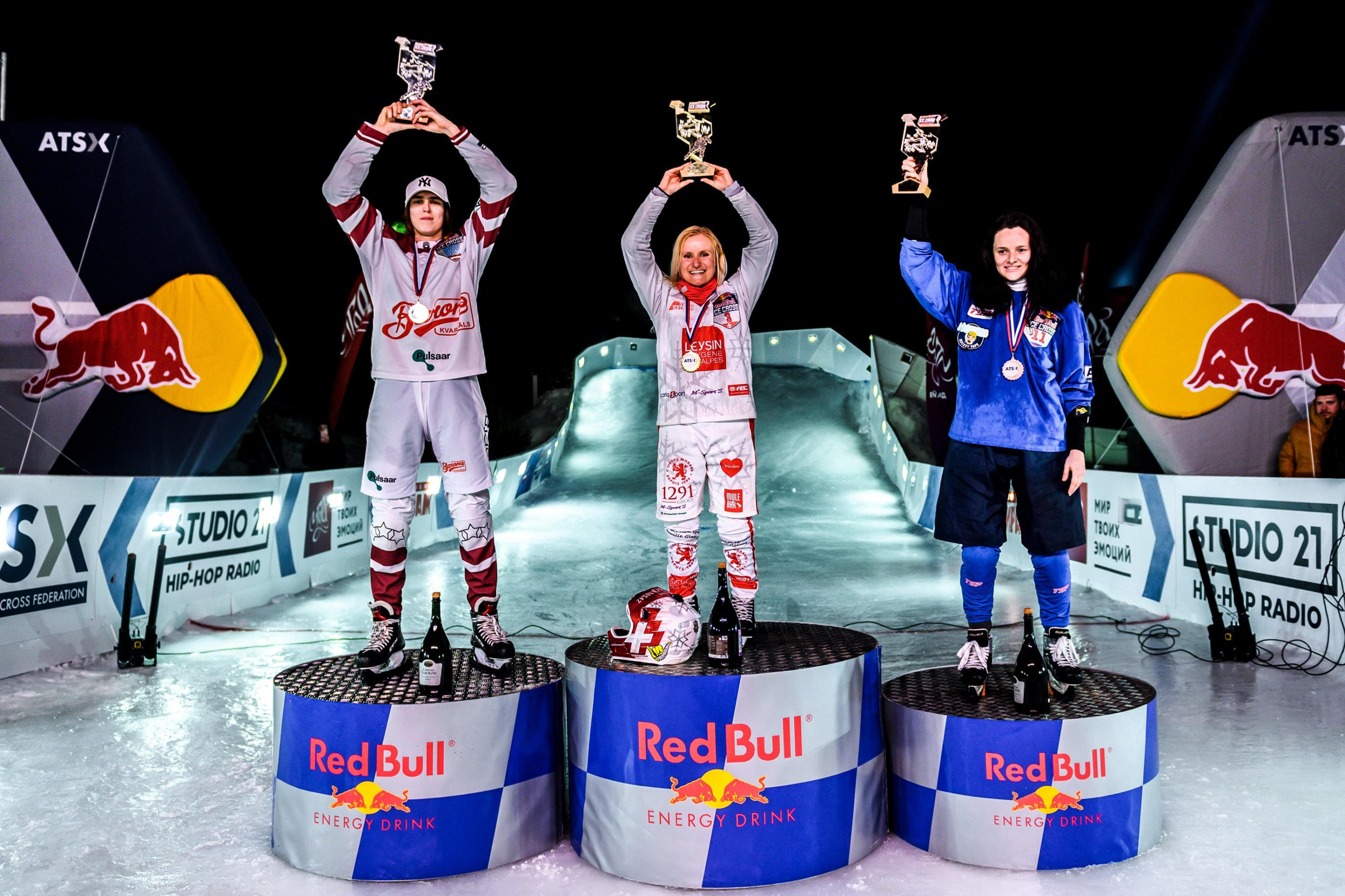 Anais Morand won her second race of the year and still has a chance to win the 2019-20 World Championship. © Bogdan Kosanovic / Red Bull Content Pool

Last but not least, another talented rider won for the second time this season, “King” Arthur Richalet-Chaudeur, who had been dominant in Pra-Loup in January. He will also be going all out for a world crown on March 21, against Nakari, Tutarikov and reigning Junior World Champion Jo-Jo Velasquez (USA). The grand finale in Moscow will really be worth the trip, as in the Men and Women categories. 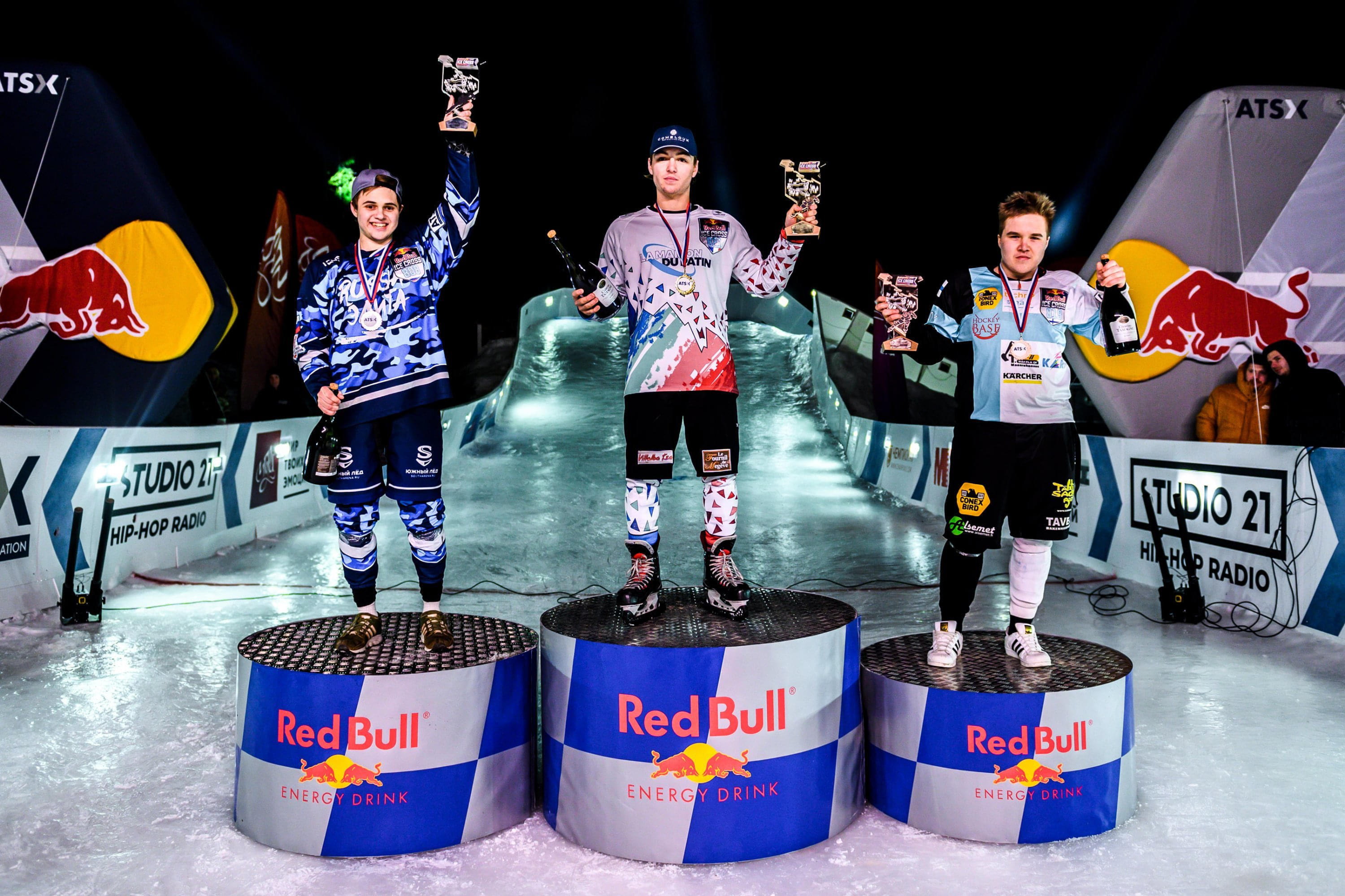 Arthur Richalet-Chaudeur stand on top of the podium, the talented junior still has a chance to win the World Championship. © Bogdan Kosanovic / Red Bull Content Pool