Croxall, Trunzo and Velasquez back to winning ways at ATSX500 in Mont-du-Lac

Former World Champion Kyle Croxall (CAN) and reigning World Champion Amanda Trunzo (USA) took their first wins of the season on Saturday in Mont-du-Lac (Wisconsin), at the one and only American date of the Red Bull Ice Cross World Championship. Local supporters also cheered for Jojo Velasquez, the reigning Junior Champion, who also returned to the Ice Cross circuit with a significant win, just like Croxall. 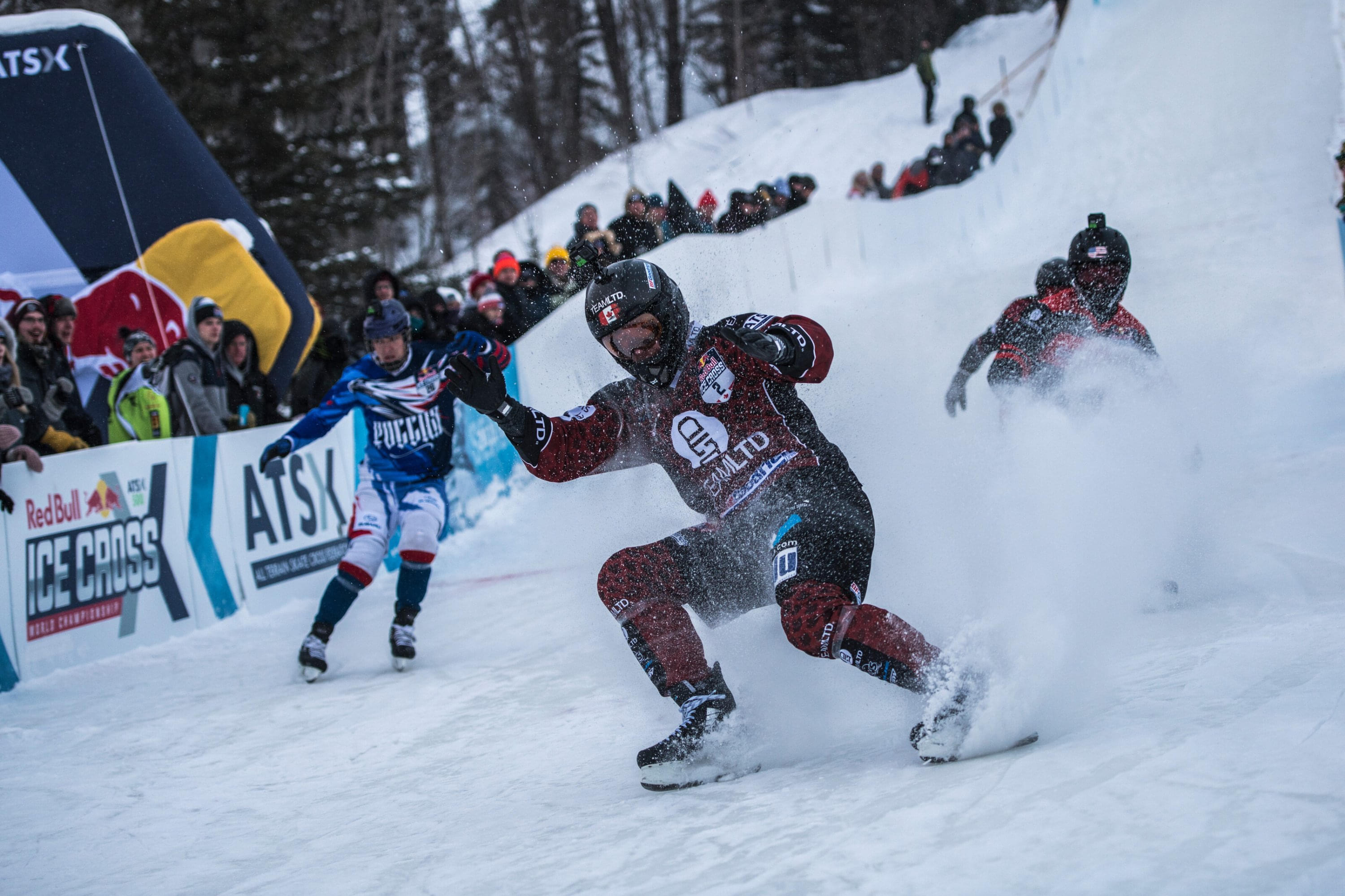 After the melting of the ice in Pra-Loup (Southern Alps), the third stop on the winter calendar was threatened by treacherous conditions: a night blizzard forcing 30 volunteers with shovels to spend a couple of hours clearing the snow on the superb track prepared by the US Ice Cross Association and local organizers at Mont-du-Lac ski resort. But not enough snow to stop the riders, with a majority of Canadians and Americans, entering the final rounds with one common goal:  to beat reigning World Champion Cameron Naasz (USA), the winner in Mont-du-Lac last year and Pra-Loup last week. 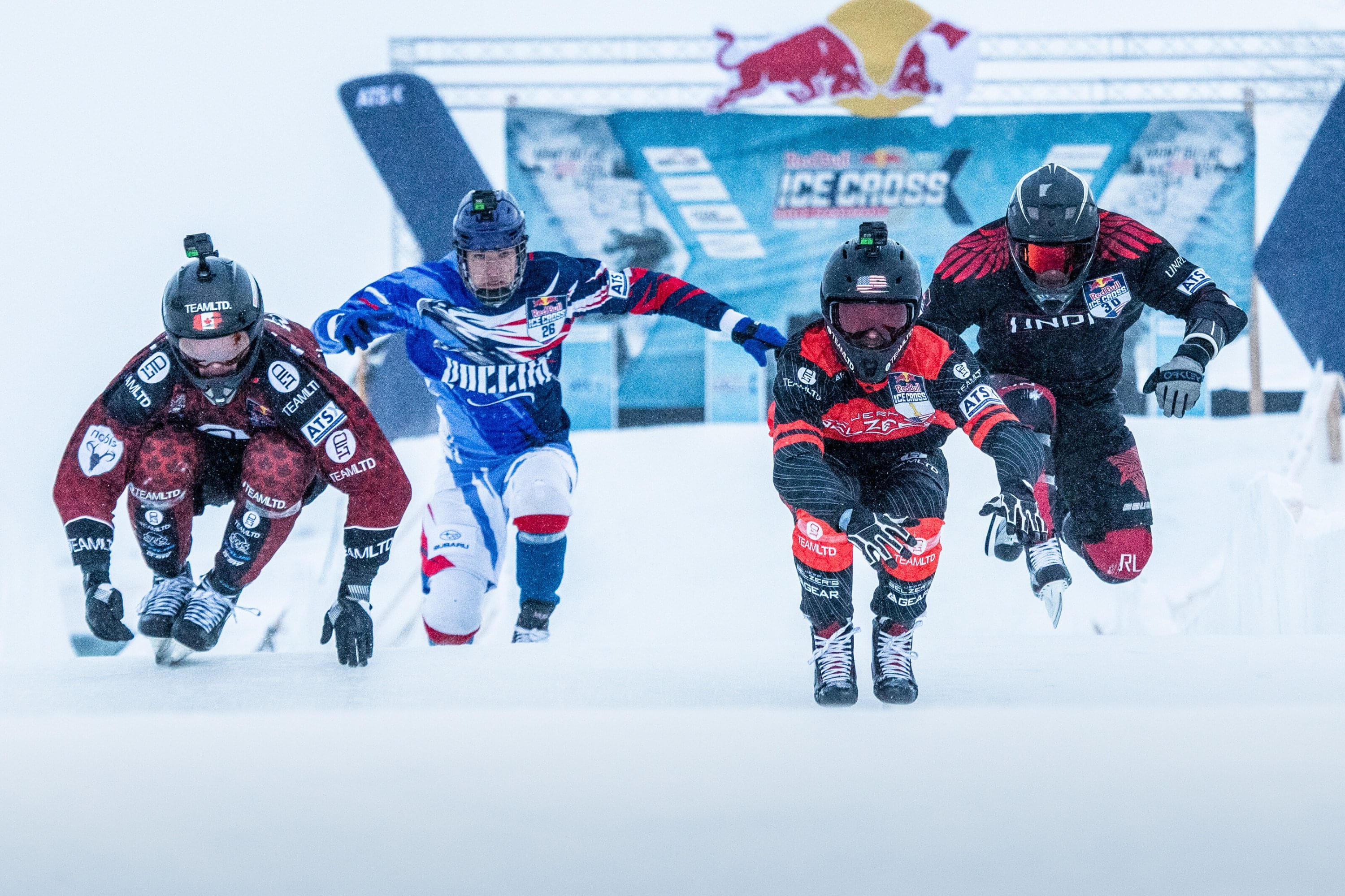 In the absence of the Austrian Dallago Brothers, taking a break in their native Europe, dominant Naasz cruised to the final by winning all his heats. However, he had one very serious Canadian customer to beat in his last race of the day: Kyle Croxall, the 2012 Ice Cross World Champion, who had missed the first two races of the season in Judenburg and Pra-Loup. They battled from the start, going down shoulder to shoulder through the turns and kickers. Coming out of the last portion, its steep S-Turn and one last kicker, Croxall reached the finish line first, a few meters ahead of local hero Naasz. 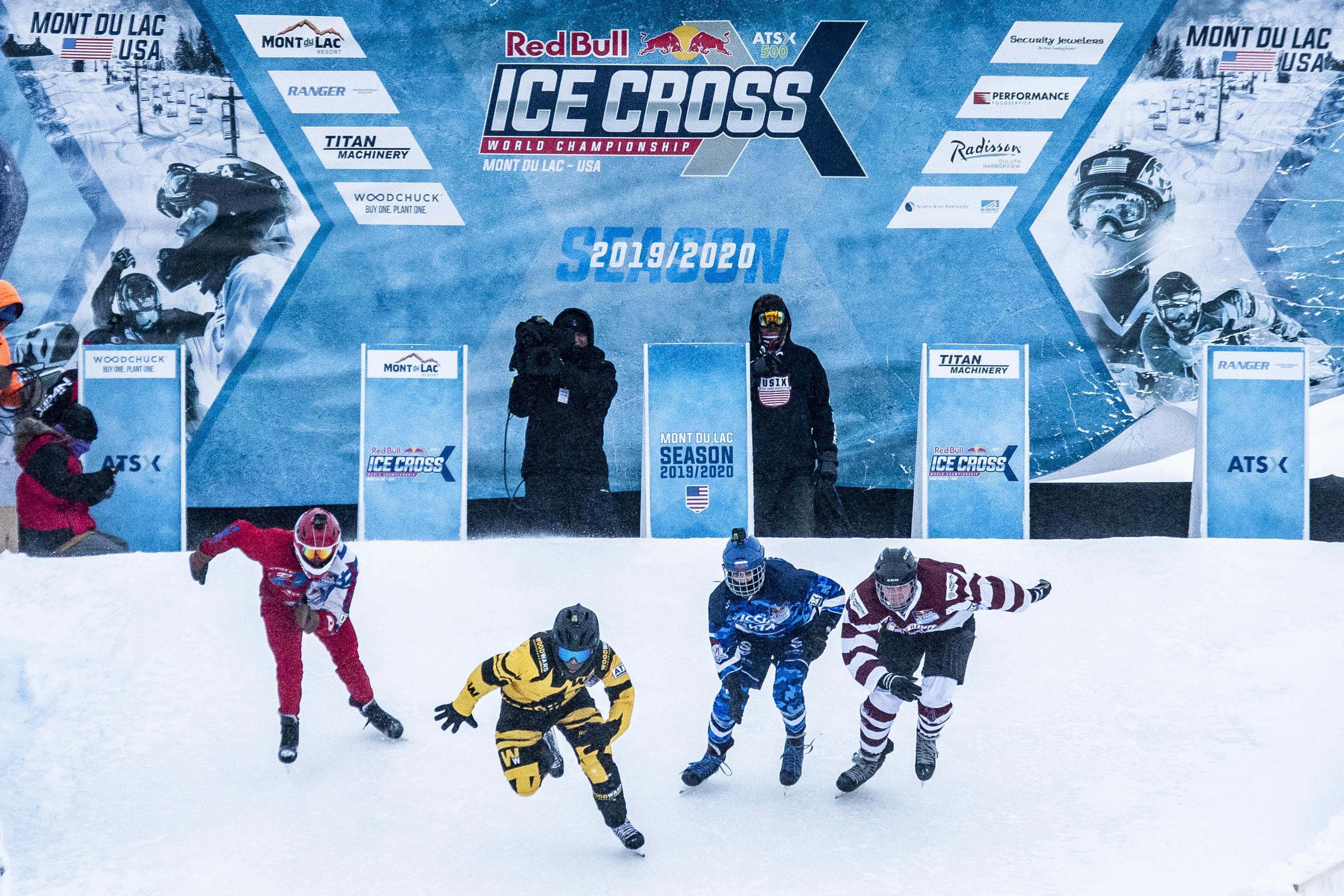 The podium was completed by the best Russian rider around this winter, Dmytriy Murlychkin, who managed to pass Daniel Bergeson (USA) in the last few meters. He is now leading the World Championship, ahead of Naasz and Luca Dallago. Minutes earlier, the small final had turned out to be an all-Canadian affair, with John Fisher beating Shayne Renaud and Gabriel André, followed by Ottawa-based Robin Worling, who still holds a British passport. “It’s my first race of the season, a huge race, and I wanted to beat Cam (Naasz) because he beat me in the final last year. It was a close battle and I am very happy”, 32-year-old Croxall said after the 10th win of his Ice Cross career. His was the only non-American win of the day, since Trunzo and Velasquez managed to beat all rivals in the Ladies and Junior races. 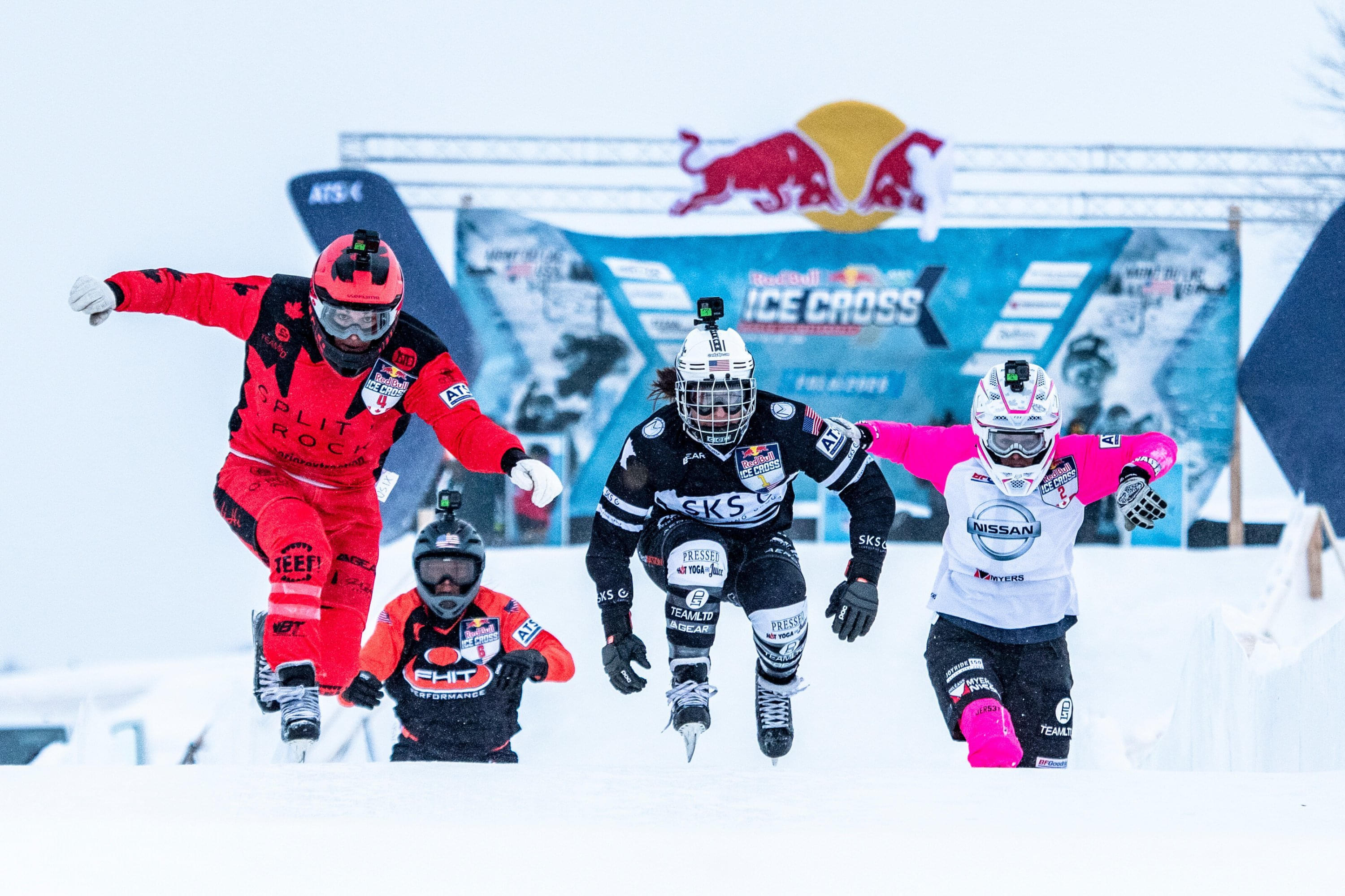 “I feel really good, it’s a big win for me. I have been close in the first races of the season, but for me consistency is the key and hopefully I can maintain this form to the end of the season”, Trunzo said after beating two Canadian skaters, Myriam Trepanier (2nd) and Jacqueline Legere (4th) in the final. She is now leading the World Championship after one win and two second places in three races.

“I put in a lot of training in the off season, so I am really glad that I could take this to the track, right away, and win this race on Americain soil”, Velasquez summarized after his winning final. And it was a good way to cheer up after an early exit in the Men’s event, in the Round of 32, because of an early fall in the same heat as Naasz.

After three ATSX 500 events in a row, the next races are scheduled for early February: two ATSX 250 events in Percé (Canada) and Nagano (Japan), home of the 1998 Winter Olympic Games.

For more pictures and videos available for download and free for editorial use, visit www.redbullicecrossnewsroom.com.